Why do we wear uniforms?

The BSA site gives us four great reasons for wearing the uniform.

Equality. The uniform represents a democratic ideal of equality. Boys from various cultures and different economic levels wear the same uniform and cooperate as equals.

Achievement. The uniform displays badges and other awards so the accomplishments of each Cub Scout can be immediately recognized.

Commitment. Wearing a uniform is a constant reminder to each Cub Scout of his commitment to the ideals and purposes of Cub Scouting: duty to God, loyalty to country, and helpfulness to others.

One they didn't mention is that it just looks awesome! I can't begin to explain how proud I felt the first time I saw my boy in his uniform. Although I don't think I was half as proud as he was!

I think the big thing that each of these points to is that he's a part of something bigger than himself. Hopefully, each time he puts on that uniform, he's reminded that he should be holding himself to a higher standard, that more is expected of him. That's just one step toward becoming a leader.
No comments:

Email ThisBlogThis!Share to TwitterShare to FacebookShare to Pinterest
Labels: Uniform

The History of Cub Scouting

A little history lesson on the origins of the Cub Scouts program:

In 1925, Dr. Huber W. Hurt, a research psychologist and veteran Scouter, was authorized to study existing organizations for younger boys, such as Boy Rangers, Boy Pioneers, American Eagles, and Boys' Clubs. He found that only one boy in 50 participated regularly in any type of organized leisure-time program. He also found that younger boys responded better to leadership and program efforts than older boys. He worked closely with Ernest Thompson Seton. Both men recommended that the BSA adopt a program for younger boys, with older Boy Scouts as leaders, to tie into home, church, school, and Boy Scouting.

The National Executive Board authorized the Chief Scout Executive to thoroughly investigate the matter. An advisory committee worked with the BSA to develop a plan and produce the necessary literature. Advice was obtained from leading psychologists, sociologists, teachers, school superintendents, professors of education, college executives, and recreation and welfare directors.

By 1929, the new Cubbing program (it wasn't called "Cub Scouting" until several years later) was taking shape and was introduced as a demonstration project in a limited number of communities. Its structure was similar to today's Cub Scouting, except that dens were led by Boy Scout den chiefs. The plan included a neighborhood mothers' committee to encourage Cubs and den chiefs.

In 1930, Cub Scouting was formally launched, with 5,102 boys registered at the end of that first year. By 1933 the time had come to promote Cub Scouting throughout the country as a part of Scouting. All experimental restrictions were removed, and the first national director of Cub Scouting was appointed.

Hmmm. Sound familiar? By the way, if you don't have a Den Chief, see about getting one. Your troop's Scoutmaster should be able to make a great recommendation.

Email ThisBlogThis!Share to TwitterShare to FacebookShare to Pinterest
Labels: History 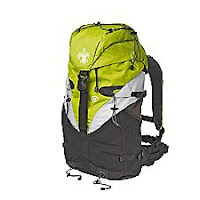 Has anyone tried this backpack? It's a BSA exclusive, so I'm having trouble finding reviews for it. My Wolf wants to get it with his Scout Bucks from the Popcorn Sale, but I don't know much about it.

Is it good? Does it hold up? I bought him the Cub Scout Daypack, and it was garbage. The strap tore off of the first one (under normal use), and the pocket lining ripped out of the second (again under normal use). Finally gave up. Also didn't hold it's shape in the back, just sort of fell over. I just don't want to face the same disappointment with this one. Any advice you can leave in the Comments section below the post is appreciated!

Email ThisBlogThis!Share to TwitterShare to FacebookShare to Pinterest
Labels: Gear

Scouts hit by car at parade

This is a horrible story. From the AP:

An 82-year-old man was arraigned Tuesday on charges that he accidentally barreled his pickup truck into a Cub Scout troop at a Christmas parade in an east Texas town.

Charles George of Troup was charged with reckless driving after authorities said he drove around a barricade set up near downtown Overton on Monday evening and smashed into Scouts lining up to march in the parade.

One of the Scouts was in serious condition, but it sounds like he'll be OK. I'll keep all of those involved in my prayers. I'm sure the driver must feel terrible. I should hope so anyway.
No comments:

Scouting for Adventure coming to DVD!

The BSA series that has aired on the Outdoor Channel is coming to DVD. If you haven't heard of it, here's a little about the show:

Here's the LINK to scoutingnews.org for the rest of the story and how to order. Merry Christmas!
No comments: